Take a look at the famous tourist attraction Charging Bull in Manhattan. The popular bronze statue weighing 7,100 pounds, 11 feet high and 16 feet long is a symbol of financial prosperity. The Charging Bull live cam also monitors the traffic at the end of Broadway. 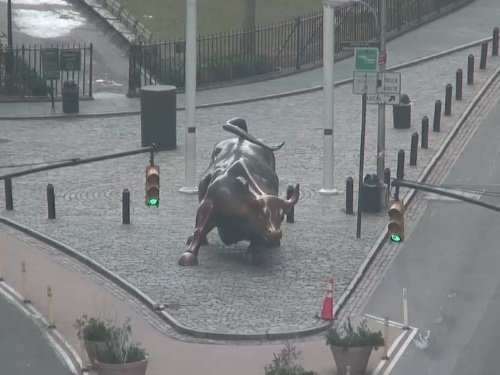