Take a look at a 1.5 mile long promenade starting on Gansevoort Street and ending on 34th Street. There are many shops and some gardens. The High Line Park live cam in New York captures the western part of Manhattan. 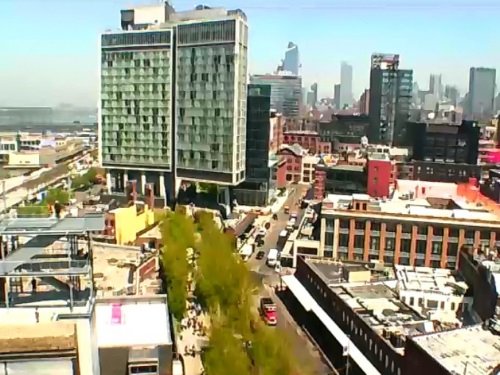