The original building was destroyed on 11th September 2001 due to the fall of the South Tower of the World Trade Center. The Saint Nicholas National Shrine live cam captures the new building in all its beauty. The church inspired by Byzantine Church of the Savior in Chora will contain a relaxation room and a community room among others. 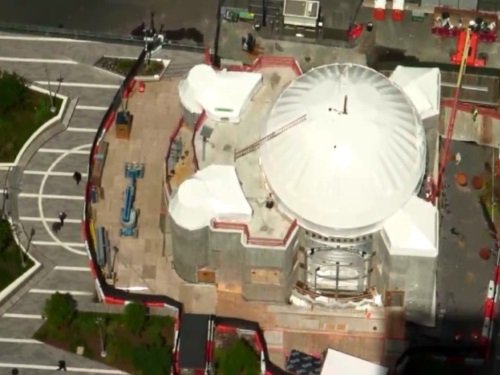