The Statue of Liberty harbor live cam situated on the torch, 605 feet above ground, offers an almost aerial view. The live stream in HD quality is available 24 hours a day. You can see New York Skyline and hundreds of ships on the Hudson River. 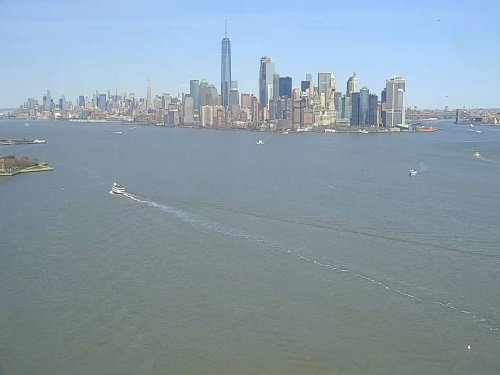