Explore the surroundings of Liberty Island thanks to the rotating Statue of Liberty panoramic cam. You can see New Jersey and Ellis Island on the left side and New York City Skyline on the right. There are several points on the picture that will redirect you to another camera after clicking. 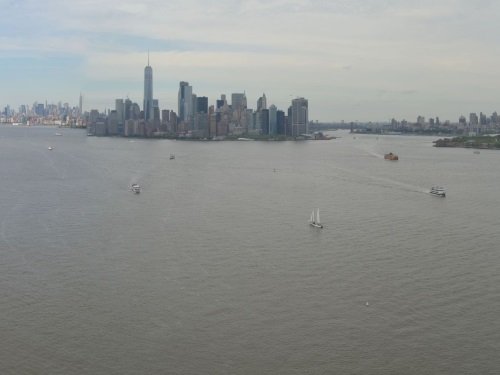