Take a look at several changing views from the Times Square North live cam located on one of the buildings. The exclusive view among the skyscrapers north of Times Square will let you enjoy this magical place to the tiniest detail. 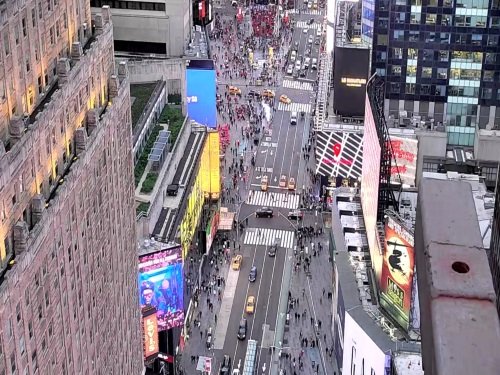