Take a look at the World Trade Center Memorial cam in New York. The monument is a remembrance of 2,977 victims that died as a result of the terrorist attacks of 11th September 2001. There is also a museum opened on 21st May 2014 in the picture. 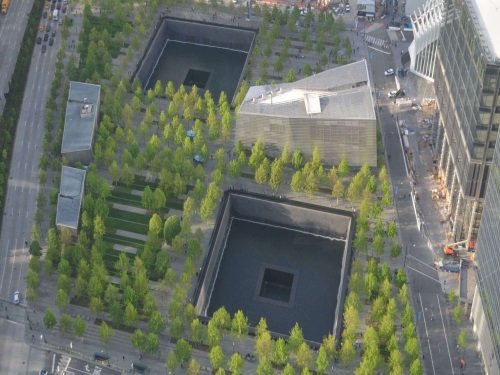